Not all information related to a reference entity is expressed as simple key-value triples. To display more complicated and nested data patterns in a user-friendly way, corresponding display patterns can be configured.

Example: Resources of type qudt:QuantityValue contain both numeric values (e.g. 50.3) and a unit (e.g. kg). A display pattern rule could define that the whole resource is presented to the user as 50.3 kg.

Display patterns can be administrated in the "admin" view, "configuration" tab, in the section "Display Patterns".

The pattern's configuration consists of the following parts:

The following Turtle file shows an example of a unit definition (Kilogram) and an entity that has a "QuantityValue" and an address. In reality, the definition of a unit and the value often reside in separate datasets.

We show two examples of how to configure Accurids to present these values concisely.

When the two example display patterns below are configured, the example's entity should be presented as shown here: 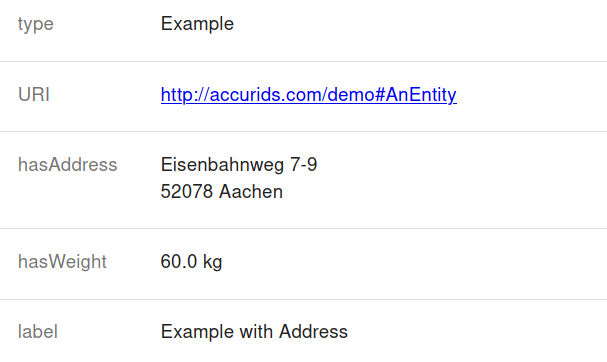 The first pattern will match on QUDT quantity values and shows the value and the unit together as a short string. For the example above as 60.0 kg. 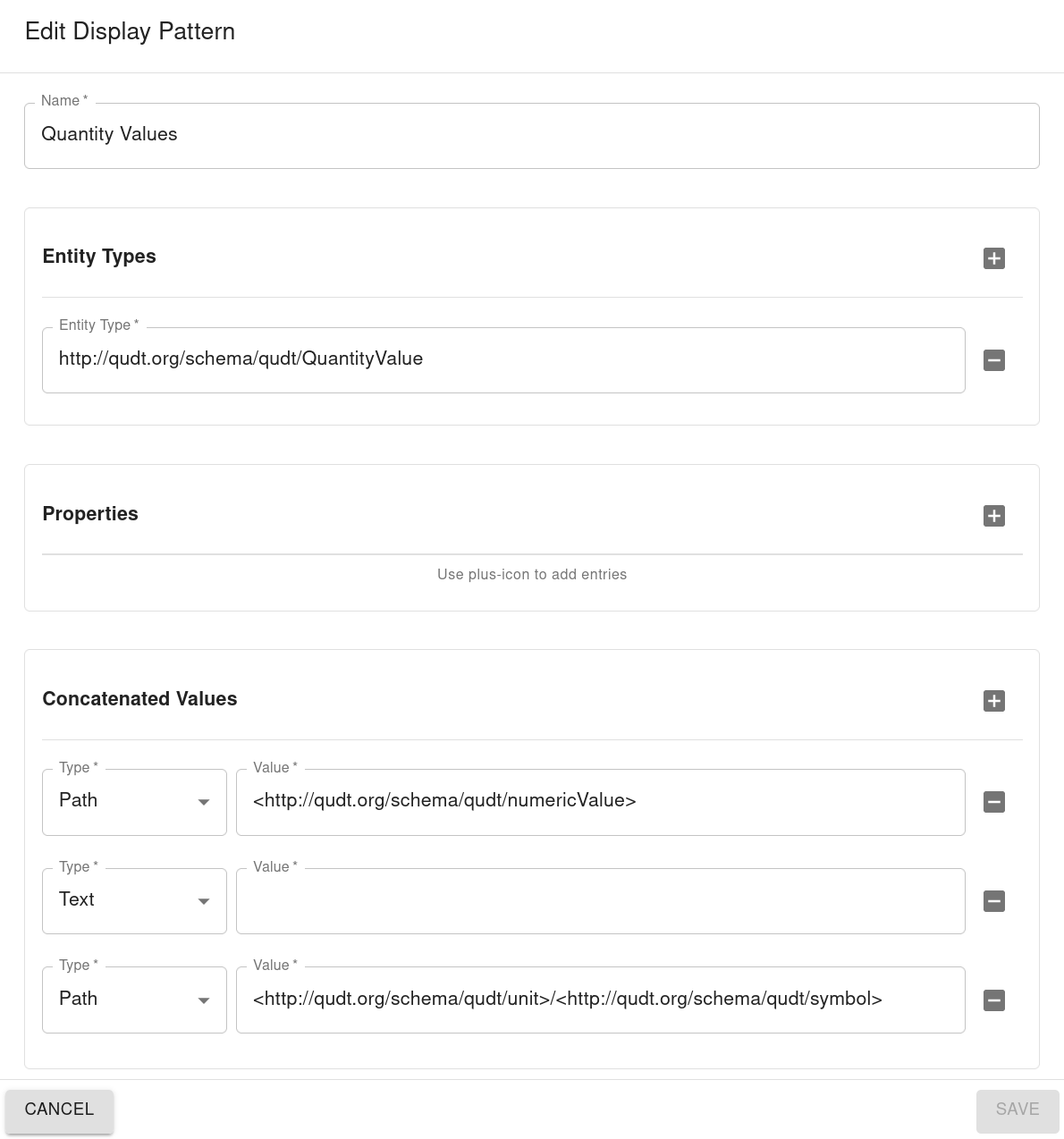 This pattern shows how the properties are used to specify to which values the display pattern should be applied. 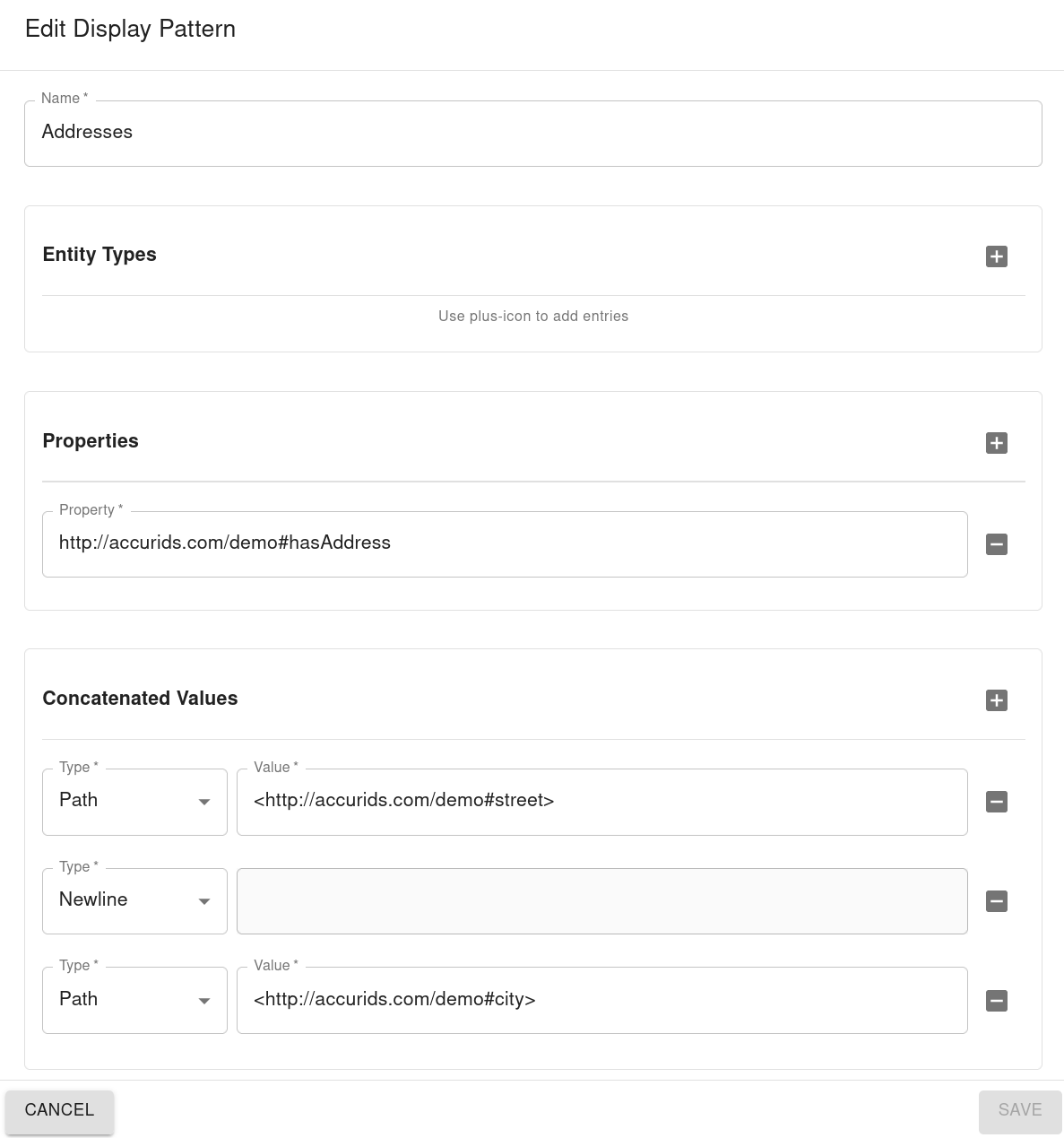